Resurfacing into My Life Here 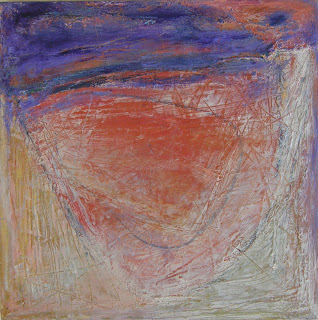 Ah, summer in Vermont!  Delicious!  Studio time intersperse and I turn an old painting and rework...resurfacing, and it pleases me again. 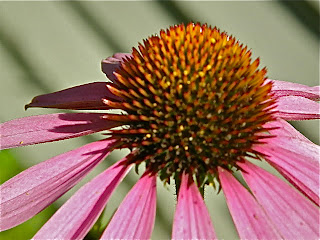 Touring the garden brings more delights. as the sun glows on the echinacia and the lettuce makes its own flowers which will become seeds for the next crop.  I am happily watching the process of growth. 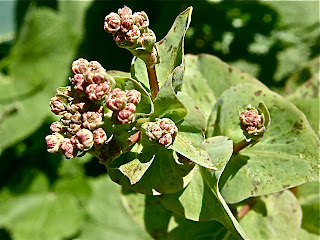 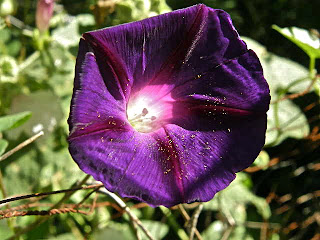 The morning glory, so glorious in early morning, then dropping as the sun warms its back.  What a color to behold! 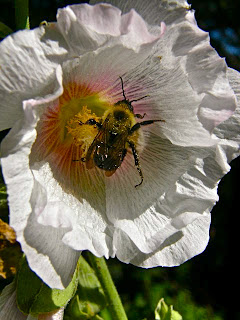 A study of white is my hollyhock which I bought with the tag of black.  Ha!  Joke on me!  But what delicate color I can study within its center as well as other life forms enjoying it. 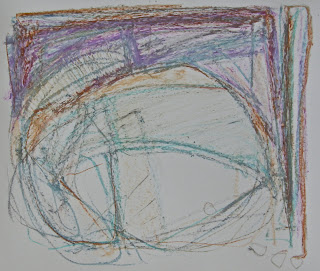 Quick drawing on yupo.  As I surprise myself leaving so much white, enjoying the clear space.  I was one of those children who colored every space on the coloring book page or else it wasn't "done". 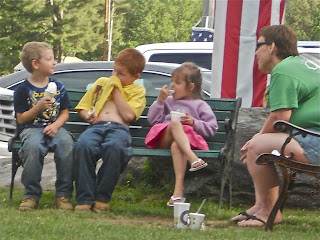 Summer in Vermont brings out the people...who makes a wonderful study in form and color.  My eye is playing with compositions as I behold my world. 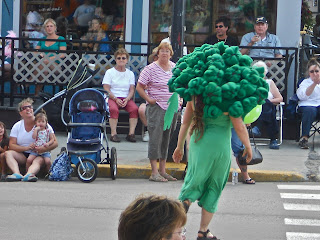 Barre Heritage Parade....the dancing broccoli held my attention and certainly captured others eyes.  She was one of several vegetables walking with the EAT MORE VEGETABLES Community Garden Float. 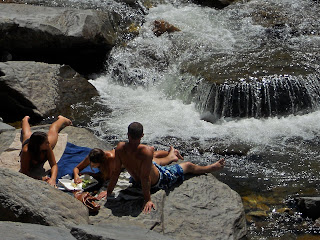 Sunday we ventured over the Ap Gap to Bristol Falls where the fresh mountain stream was a healing balm to our aging bodies.  We didn't dare venture under the falls because there were far too many divers and jumpers between us and the falls....maybe we'll get back again when it s not such favorable weather. 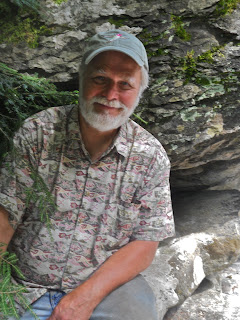 Pictures of others; pictures of ourselves.  Bruce even saw this as a favorable image of himself. 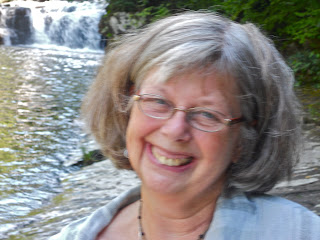 He snapped this one of me as I laughed at his paparazzi joke.  And I am actually sharing it.
Happy summer all!
Posted by Maggie Neale at 8/02/2011

The art making,dancing broccoli and you and yours smiling faces...good summer Vermont style!! The water looks so inviting!

ah, the riches of summer, and yours looks full of color and life.

Thanks for your words, Mary Ann and Altoon. Always good to have some response to my words. Summer seems to have stolen me away from writing and posting but that is going to change as our weather is turning.