Tug on my Heart 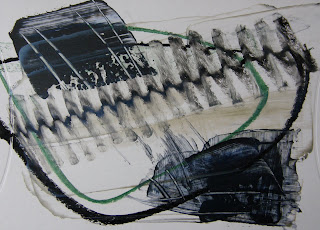 At the end of a busy day away, I got the email that an artist friend had passed on to the next phase...for those reading who knew Susan Russell, it is of her that I speak. Susan made a request of me to make her a hat, a specially sized hat and in a certain minimized color range. She had cancer and would be doing treatments which surely would take her hair. Though I had not woven for 8 months and had no hats of her desire to be sewn up, I promised I would make her a hat and it would be a gift. A few days later, my sore ankle was declared broken and weaving days were put on hold. Red needed to be woven and blue, not brown, when the ankle healed, and then it was too late. I heard that chemo was not working and the cancer had spread. Yesterday I worried how I would tell her that I still had not made the hat. I thought of calling, writing, but I worked at the gallery wrapping packages instead and today I made sales instead of hats and now I hear that Susan died yesterday afternoon peacefully in her sleep with her husband and sister by her side, her son and daughter walking together in the woods nearby.
Susan, Susan, you are at peace, while I wrestle with a promise unkept, but I also know that we are guided and the hat making energy will move on to another soul. And Susan will be remembered because her creative works are enriching many lives still, her spirit remains with those who have chosen her work and loved her. Still there is a tug at my heart tonight and I am reminded once again that each day is important...it could be our last.
Rest well, fellow travelers, and light another candle in the darkness...our days will soon be growing again.
Posted by Maggie Neale at 12/20/2009

Beautiful thoughts of your friend. Each day - very precious indeed.

how fortunate to be loved so well, and the loving returned.
will you finish the hat and wear it, enclosing your thoughts of your dear friend underneath it?

each moment a gift, each dear friend a light.

Its a precious story Maggie!
She was surrounded with people she loved.... and as you suggest the energy associated with the hat carries more meaning since your conversations.
Sometimes we cant be somewhere we plan to be and yet another time we are there for someone we didn't plan to be there for. Things circulate and find their time and place I guess and your friend left this world well loved and well thought of - indeed a blessing!
Best wishes for a wonderful xmas to you and those around you!
S

Four Seasons in a Life said...

This pulls on all the heart strings!

This month I know of three people who have passed away because of cancer. It is as though the decade wants to have a clean slate before entering into the next one.

One of the people who passed I wanted to send a message but I never got around to it and now I could kick myself. I will have to live with that.

Live teaches us a hard lesson and not to put off that which is fragile.

Warmest regards to you and your family this holiday season,
Egmont

Your post has touched my heart... Living our lives in gratitude is our own best prayer.

Thank you all for the visit and heart felt comments. I walked a labrynth at the Solstice hour...some resolution. Infeelthe shifting of the earth and acknowledge the cycles.

oh Maggie! I know Susan yet not well enough to know she was sick --- my loss. She was always so focused in supporting me as an artist --- whenever we met on the street she would be encouraging...so important when often the ego can cloud our energies ...I am shocked and saddened that I will no longer see her or her work at all the Vermont openings...thank you Susan Russell