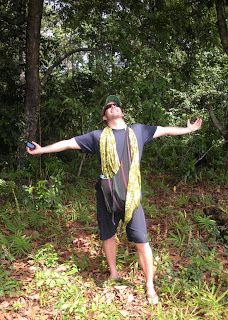 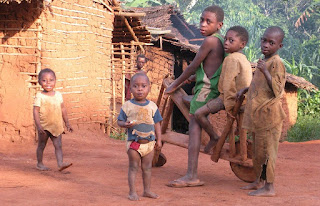 While the silks are steaming, I have been thinking of my son, Ezra, now living in Cameroon, Africa with his girlfriend who has some prestigious grants, like the Fullbright for one. Shannon is doing her dissertation on Bush meat which can put her in odd places and definitely might have some taste to it. Ezra, having lost his environment job in Santa Cruz, CA because after the furlough, the mid-management was cut, was in need of direction and Shannon pulled him to Cameroon. What was to be a visit has turned into a job working with Bacca people in the rainforest. Gosh, he just wrote me a detailed email talking more of this job, but I guess I will have to reread it because I am not able to tell a very detailed story here. Mostly I have just been thinking how proud I am of him to take what could have been defeating and make an adventure of his life at this point. He has so much knowledge and a winning way about him, generous and caring, with an incredible love of the earth and all its growth which he had from crawling baby days when he was just starting to crawl and would crawl backwards into the unlit firepit of the Tepee we lived in for the summer. This is a whole other story, but I am certain our rustic summer had an impact. I also see my influence in the bag slung over his shoulder and the fabric drapped, perhaps it is a hammock...oh, that Christmas we shared in Mexico when he went on a serious search for the "best" hammock! So glad he has that camera I got him for Christmas this past year and is taking photos--he has always had a good eye-- and now he is someplace where the photos will have so much meaning to him and to others...I just had to share--proud mama, that I am.
In the words of Ezra

Great post...you have every reason to br proud...he is doing good work! Thanks for sharing!